Skip to content
Home/Electric, Ranger/Electric Ranger in Glendora
Previous Next

The Ford Ranger has been an integral model in Ford’s vehicle lineup since it debuted on the mainstream auto market in 1982 for the 1983 model year. Ford actually removed the Ranger from their lineup after the 2011 model year, but reintroduced a redesigned mid-size Ranger model in 2018 for the 2019 model year after a seven-year hiatus. The Ford Ranger has been a top seller on the mainstream auto market ever since it made its comeback on the auto market in 2019. The 2019 Ranger model marked the beginning of this mid-size pickup truck’s fourth generation. The most recent Ford Ranger model available on the mainstream auto market is the 2021 Ranger, which began production in December 2020 and hit auto dealerships in the United States beginning in early 2021. The news about an electric Ranger in Glendora had the local truck enthusiasts eager to learn a little bit more about the truck.

The 2021 Ford Ranger is a top-of-the-line, mid-size truck that is very versatile and offers best-in-class specs in many areas. Its payload, torque, and fuel efficiency beat out those of its competitors in the mid-size pickup truck segment. The off-road-ready design of the 2021 Ranger and its many available add-on features and packages make this model an excellent option for any driver who is in the market for a versatile and high-performing mid-size pickup truck.

While the 2021 Ford Ranger is exciting, there might be even more exciting updates for the Ranger arriving in the near future. Rumors are swirling that Ford might release an all-electric Ford Ranger model for the 2022 model year.

If you are located in Glendora, CA, or its surrounding areas throughout the San Gabriel Valley and Los Angeles County as a whole, here’s everything you need to know about the possibility of an electrified Ranger hitting our Ford dealership for the 2022 model year.

Will the Ford Ranger Be Electrified in the United States?

Ford has declined to make any official comments regarding whether or not an all-electric Ford Ranger will be released on the U.S. auto market for the 2022 model year. However, there are multiple reasons why many Ford drivers alongside critics and experts in the auto industry believe that the release of an electrified 2022 Ranger model in North America is a high possibility. 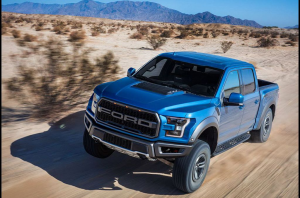 First off, Ford has pledged to make all of its vehicles—including the Ford Ranger—zero-emissions capable by the middle of the 2020s, which virtually means that every vehicle in Ford’s lineup will either have to be hybrid or all-electric by that time. This announcement only officially applies to Ford’s vehicle lineup in Europe but it is expected—yet not confirmed—that this pledge will apply for models in the United States as well.

Ford has also proven that they are already capable of designing and producing zero-emissions capable pickup trucks in accordance with their goal for the mid-2020s. This major American automaker has announced that they will soon be releasing a plug-in hybrid pickup truck model in Europe. An all-electric model of one of Ford’s top-selling pickup trucks—the iconic Ford F-150—will also debut for the 2022 model year equipped with a 2.3-L turbocharged four-cylinder engine and an electric motor and battery. Based on the planned release of an all-electric F-150 in North America for 2022, it certainly doesn’t seem impossible for an electrified Ford Ranger to hit the mainstream auto market in the United States for the 2022 model year as well.

Plus, by the 2022 model year, the Ford Ranger will be in its fourth year of production for its fourth generation—which means it will definitely be in the running for a redesign or at least a refresh with new updates and upgrades. This redesign just might include an electrified Ranger model—or at least a plug-in hybrid model.

Where to Buy an Electric Ford Ranger in Glendora

At this point in time, rumors about an electrified version of the beloved Ford Ranger model hitting the mainstream auto market for the 2022 model year are just that—rumors. Ford has not made any official announcements regarding the release of an electric Ford Ranger on the North American market.

However, if you can’t wait any longer to buy a Ford Ranger as your next vehicle, you can pick up a non-electric 2021 Ford Ranger model from an official Ford dealership in your area.

If you are located in or around the city of Glendora, CA, consider buying your Ford Ranger from Colley Ford. This official Ford car dealership is a family-owned dealership that offers premium customer service, competitive prices and financing options, and a wide variety of new and pre-owned Ford vehicles—including the Ford Ranger, of course—from their state-of-the-art dealership facility.

Call Colley Ford, check out their website or visit their dealership site on Auto Centre Dr. in Glendora, CA to get more information on this professional Ford dealership’s up-to-date inventory and current special deals and discounts.