Ford continues to dominate in sales. Three of 2019’s best-selling vehicles of the year so far are from Ford, with the F-150 taking top prize once again.

With the first half of 2019 already past, sales figures are in and Ford is as strong as ever. Motor1 recently compiled the top 20 best-selling vehicles of this first half of the year. Ford took three of the 20 top sales slots, including a first place finish. From a record-breaking truck to a cool crossover and a sexy sedan, Ford appears to have the vehicles that Americans want.

Ford’s first appearance on the Top 20 list was at the very top, with a first place finish for the venerable 2019 F-150. The full-size pickup truck continues to utterly destroy all challengers. In just the first half of this year, the F-150 has already sold over 448,000 units.

That insane sales figure is even more impressive when you consider it is over 48,000 units more than the next best-selling vehicle on the list, another pickup truck. Indeed, pickup trucks continue to control some of the highest spots on the list.

This year’s top three best-selling vehicles were all pickup trucks, so the F-150 faced stiff competition. Yet, just like the past 42 years, Ford’s famous truck took on all threats with ease. If this sales trend continues (with no reason to doubt it will) the F-150 is on track to sell more units than all other vehicles for the 43rd year in a row.

With such an impressive collection of features, it is no surprise the F-150 continues to shine. According to Ford, the 2019 F-150 has “class-leading capability” as it leads the pack in both cargo hauling capacity for a loaded up bed as well as when towing a trailer.

Part of the reason the F-150 is so capable is how little it weighs. Ford swapped out the traditional steel body for a lighter, high-strength, military-grade aluminium-alloy body in recent years. The new material design allowed the automaker to give the F-150 the same durability and safety while cutting precious pounds.

According to Automotive News, the move has also cut down on repair costs. Cutting as much as 700 pounds of beefy steel has led to repairs being around seven percent cheaper than with the older material.

The 2019 F-150 full-size pickup truck retails for $28,155 starting MSRP, with financing as low as $369 per month. If you’d like to join the hundreds of thousands of other Americans who bought an F-150 this year, come check out our selection at Colley Ford. 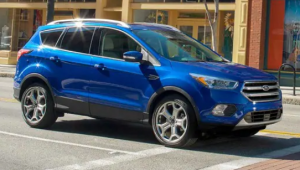 The next appearance for Ford on the list was down a bit, with the 2019 Escape taking 11th place. The compact crossover SUV is on track for a strong year, with over 133,000 units sold so far. Last year’s sales of the Escape hit just over 272,00 units, so the crossover is on track to keep up with expectations.

One potential wrench in that plan, however, is that the upcoming 2020 model year will see a new generation of the Escape. Revealed back in April at the New York Auto Show, the 2020 edition sports some serious upgrades. Smoother, sexier edges are being introduced to the exterior design. The body sheds 200 pounds of weight despite growing in size; the 2020 model is longer, wider and lower than ever before. The additional openness adds up to more headroom, hip room and shoulder space for both driver and passengers.

Yet despite the promise of the 2020 redesign just around the corner, sales for this year’s Escape continue to stay strong. The 2019 Escape retails for $24,105 starting MSRP, with financing as low as $269 per month. If you’re one of the tens of thousands who just can’t wait until the 2020 model year to pick up a new Escape, come check out our selection at Colley Ford. 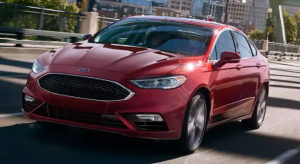 Just as Ford topped the top twenty bestsellers of the year so far, the automaker closed out the list with a 20th place finish for the 2019 Fusion. Sedan sales have sagged over the past few years, but the Fusion continues to rage against what may be the dying days of the category. The sedan sold just over 96,000 units so far this year.

The 2019 Ford Fusion retails at a starting MSRP of $22,840, with financing as low as $241 per month. If you’d like to get behind the wheel of one of America’s hottest hybrids, come check out our selection today at Colley Ford.

Alongside our Fusion selection, you get your hands on some of America’s best-selling vehicles with a test-drive of a new F-150 or Escape today at Colley Ford!