Skip to content
Home/blog/It’s Not a Ranger. It’s a Ford Maverick.
Previous Next

It’s Not a Ranger. It’s a Ford Maverick.

What is the Ford Maverick?

The Ford Maverick is one of the most exciting upcoming additions to Ford’s pickup truck lineup. It is expected to be marketed as a compact pickup truck with a design that is along the same lines as that of the Ranger, but in a smaller size.

The title of the Ford Maverick is somewhat confusing, seeing as a vehicle with that name already exists—or existed, that is. Originally, it was a compact sedan that was released on the mainstream auto market for the 1970 model year and was discontinued in 1977. That Maverick is long gone, however, and the time has come for an all-new Maverick to hit the auto market.

As for the new Ford Maverick, not many concrete details are known about this pickup truck. However, the Maverick is expected to be a compact pickup truck that lives up to the high standards Ford has set for all of their existing pickup truck models in terms of toughness, durability, and power.

The Ford Ranger is the stand-out midsize pickup truck in Ford’s current vehicle lineup. It is an all-around high-performing truck that delivers plenty of power and off-roading capability and best-in-class payload and torque.

The Ford Maverick is lovingly referred to as the “little brother” of the Ford Ranger because it is expected to replace the Ranger as the smallest-size Ford pickup truck on the market. However, the Maverick is also projected to possess its own defining character and seems to be paving the way for itself without simply mimicking the Ranger in a smaller size.

What Makes the Ford Maverick Special?

Ford drivers have been long-awaiting the release of the Maverick for a while now. So what is it that makes the Ford Maverick so special? What does it offer that isn’t already present in Ford’s current vehicle lineup? 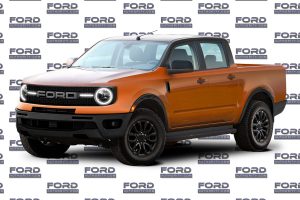 However, consumer demands in recent years have shifted from full-size pickup trucks toward more compact models that are smaller in size and more agile but provide comparable power on the road. Ford’s current lineup lacks a compact pickup truck, which means that the Maverick is projected to fill that gap. Ford is known for producing best-in-class pickup trucks, so consumer expectations for the new truck member of the family is already high.

When is it Coming?

If you’re as excited about the upcoming release of the Ford Maverick as so many other Ford drivers, you’re probably wondering when exactly you can expect the debut of the brand-new Maverick on the mainstream auto market.

Unfortunately, what is currently known about the launch time of the Maverick is not a release date you can mark on your calendar. Ford has yet to issue an official announcement or release date for the Maverick.

However, the good news is that the all-new truck is projected to be released for the 2021 model year. That means that the Maverick could hit the mainstream auto market and be available for purchase as early as the last quarter of 2020. Of course, until Ford comes out with an official statement, any speculation about the exact release date of the Maverick is just that—speculation.

Ford drivers and critics everywhere continue to eagerly await official announcements from Ford regarding details on the truck and its upcoming release. Until then, all there is to do is wait.

Fortunately, rumors swirling about the upcoming release of the Maverick for the 2021 model year suggest that drivers might just be able to get their hands on an all-new Ford Maverick before 2020 comes to an end.