Ford has always been an automaker that is not afraid to take risks—and those risks often lead to high rewards for this successful automaker. Due largely to their willingness to take risks and their propensity to keep up with ever-changing trends in the auto industry in order to keep the vehicles they design and produce relevant and in high demand, Ford has been one of the major automakers on the mainstream auto market for more than a century.

Over the past several years, Ford has also proven itself to be a trailblazer in an all-new vehicle segment of electric pickup trucks. Although they produce other vehicles, Ford is best-known for the pickup trucks they design and produce. In fact, the Ford F-150 pickup truck has been the best-selling vehicle in the United States for almost four decades, and it has been the best-selling truck in the U.S. for 44 consecutive years. 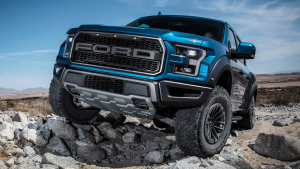 When you think of all-electric vehicles, Teslas are likely the first models that come to mind. Tesla has been at the forefront of the electric vehicle movement since they introduced the world’s first-ever premium all-electric sedan back in 2012. In late 2019, Tesla unveiled a prototype of their first all-electric pickup truck—which Tesla has decided to title the Tesla Cybertruck. Some versions of the Tesla Cybertruck are expected to be available in late 2021, while other versions will not become available for widespread purchase until late 2022.

Cox Automotive—which is a branch of Cox Enterprises—is a company that is committed to improving the vehicle design, production, buying, and selling processes for average drivers, car dealerships, and automakers worldwide. This company performed a study that was designed specifically to determine buyers’ preferences between four different all-electric pickup trucks—two of which were the all-electric Ford F-150 and the Tesla Cybertruck.

Because neither of these trucks has yet been released on the mainstream auto market, this study’s participants did not get the opportunity to drive either truck before answering the questions they were asked in a follow-up survey. In fact, participants were simply shown images of each vehicle included in the study. They were not told the make or model of any truck, nor were they given product details on any of the trucks.

What Do the Results of this Study Mean?

The results of Cox Automotive’s study demonstrate that the traditional pickup truck appearance of the all-electric Ford F-150 is far more appealing to the average consumer than the non-traditional, oddly angular look of the Tesla Cybertruck.

Participants’ survey answers from this study also concluded that performance, design, and price are three of the top priorities of drivers who are in the market for an all-electric pickup truck. Other factors, such as brand name and work use, were considered to be less important to most survey participants.

In all of the categories that matter most to consumers, the all-electric Ford F-150 excels much higher than the other three all-electric pickup trucks that were included within Cox Automotive’s study—including the Tesla Cybertruck.

Browse our site for all the current available options on trucks and EV’s.